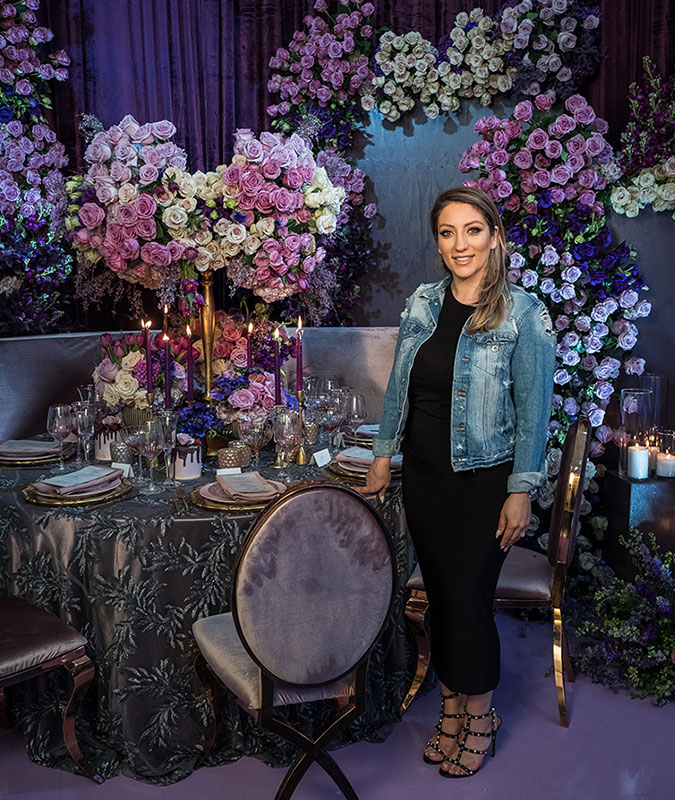 Lisa Shaw Events believes that trust is the foundation to all great relationships. Our loving couples trust in us to turn their most unimaginable dreams into realities. Let us tell you about Lisa Shahinian, and how her vision brought Lisa Shaw Events to life.

Growing up in her mom’s flower shop, Lisa fell in love with the world of flowers and events from an early age. Helping her mom design the windows at their boutique flower shop in Los Angeles gave her parents their first clue for what was to come from Lisa. While completing her studies for the Art Institute in Paris, France, Lisa was flown to Montreal to interview with global fashion brand Aldo. What followed was unforeseen in the fashion industry. An immediate job offer to lead a team of ten VP’s at the company, overseeing the US, Canada, and UK visual brand communications upon completion of her studies. It was an unprecedented offer that Lisa was unable to refuse. She excelled at all her commitments and grew lasting relationships with all her peers. Eventually, when the fashion behemoth Aldo struck a consulting deal with Miss Sixty to rehab its US operations, Lisa was called in by the President of the company to handle that relationship. She was flown weekly across the globe from Los Angeles to destinations as far as Miami, Paris, London, Milan, and Rome, to help restructure the fledgling company into a profitable worldwide brand.

After an offer from Betsey Johnson in New York to organize their west coast bureau fashion show for Mercedes-Benz fashion week, and the accompanying store launch in Century City, Lisa was again put in the center of planning and designing an event for a worldwide brand. Handling all logistics with the head office in New York, and facilitating production and management for their pivotal launch, Lisa made an impact with her superiors at Aldo.

Everything she had accomplished and achieved up to this moment was a mere stepping stone to becoming one of the most sought after event planners, with the capability to generate dream weddings that only seemed to exist in magazines. Requests for weddings and social events kept pouring in. Lisa’s most exciting role yet, as mother to baby Olivia, began to shift her focus away from the constant travel necessary for consulting on multi-billion dollar companies. She decided to dedicate herself full time to her family, raising her daughter, and only taking on events that she was truly passionate about. Loveit Events was born.

Lisa has made a name for herself building on her wealth of planning experience. Her work has garnered praise and been featured on television, most recently on VH1’s I Heart Nick Carter, when she coordinated Backstreet Boy Nick Carter’s dream wedding to Lauren Kitt. Her work has also been featured in multiple magazines including People, Inside Weddings, and Modern Luxury.

Lisa Shaw is about planning experiences - not just events! If you're looking to create a truly unique wedding, gala, or just about any special occasion, then schedule a consultation with Lisa to start realizing the possibilities!